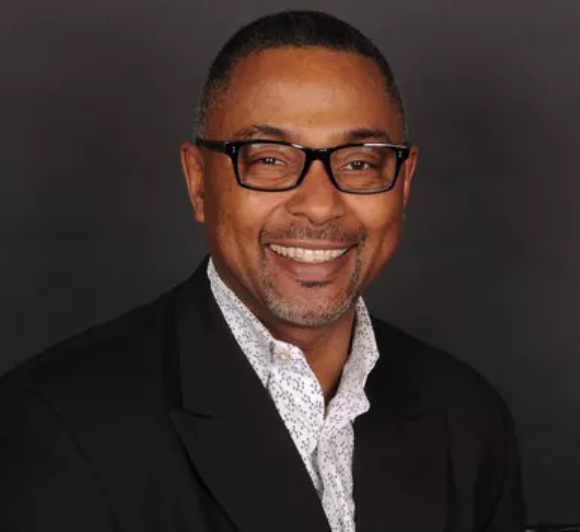 Fred Willis grew up in St. Louis, MO, but he moved to Omaha, NE when he was 11 years old. He has had quite a diverse career background. He has worked for the CDC, the Federal Reserve Bank, and broadcasting TV prior to finding a home in hotel audiovisual. The coolest technology that he has ever encountered is the video mapping of the Disney Castle in Orlando. When not at work, he enjoys all sports, biking, live music and traveling. Fred feels that key to his success is having the ability to get people to do things they never thought they could do. His favorite quote is "The older I get, the better I was." He also has fun watching the Oakland Raiders and the St. Louis Cardinals, as well as listening to Stevie Wonder. The best concert he has ever been to was Earth, Wind & Fire. They were the first to use lasers and they did illusions created by Doug Henning. If ever given a time machine, Fred would travel back to ancient Africa when the kingdoms of Western Africa were prominent.

Frank Gravino grew up in Maryland, in the suburbs of Washington, D.C. He spent most of his life on the East Coast until moving to San Diego, CA at the end of 2014. He began his audiovisual career as a conference center manager for a pharmaceutical company, where he ran their global video conferencing center. He transitioned into hotel AV as a director at various properties and eventually moved into a sales role. Frank joined AVMS because of their high quality of standards for event consultation and production, the great people and wonderful culture that made AVMS stand out from the other "in-house" AV companies. He has a B.S. in Journalism from Boston University. The coolest technology that he has ever encountered is video mapping on an entire building or giant LED video walls when they first came out. When not at work, Frank enjoys watching movies, listening to hip-hop music, swimming, watching boxing and playing tennis. The key to his success is that he tries to approach all of his clients with an open-mindedness, consulting with them on their vision and challenging them to expand their ideas about how AV can elevate their event. Frank's favorite quote is: " A good compromise is when both parties are left feeling equally dissatisfied."

Tony Schwarz has been in the audiovisual industry since 2010 and joined the AVMS team due to the tremendous career opportunities afforded to him here. He is a San Diego native and has an audio engineering certificate from Mediatech Institute for live sound, studio recording and post-production. His hobbies include playing bass, performing shows with his band, watching ice hockey and playing horseshoes. The secret to his success is plain and simple… HARD WORK! His favorite sports team is the Anaheim Ducks and his favorite musical group is the Ramones. Tony’s favorite quote is “Work smarter, not harder.” If he has a time machine, he would travel back in time to the American Revolution.

The coolest technology that Robbie Horn has ever seen is augmented reality and VR. He was born in Kansas City, Missouri and grew up in the Midwest. His first job in AV was delivery driver and warehouse technician and selected AVMS due to the opportunities for career advancement within the organization. When not at work, Robbie enjoys traveling (he’s a big fan of Cabo San Lucas), eating out at local restaurants, working out, watching the NFL and playing soccer. He has a bachelor of science in audio production, as well as being certified DANTE level 1,2, and 3, and in rigging/scissor lifts. The secret to his success is being passionate about everything he does. Robbie’s favorite quote is “The only easy day was yesterday.”