Stephen Jambor, who has been going by "Steve" since he was in Kindergarten (althought his family still calls him Stephen), grew up in a small town called Yuba City. He has a degree in audio production from the Los Angeles Film School and also studied communications at Yuba College in Marysville, CA. He did freelance audio work, interned at a small recording studio in LA and worked a restaurant job before he got into AV work. He came to AVMS with four years of AV experience from another company, where he started out part-time, then stepped into a full-time roll as an operations coordinator, and now AV Manager. Steve was drawn to AVMS because it is a smaller company that cares about their employees more than any other company he's worked with. He enjoys the many dynamics of this job and he knew he wanted to stay in the field of AV. He has been lucky enough to have a great management team that has coached him to where he is now and he's excited to continue to grow with AVMS.

The coolest technology that Steve has seen is a computer, and even more so, the advancement of those computers and development of the internet and network connectivity/ communication between computers. He remembers his first Apple Macintosh computer, it was a 1991 model that had 1mb RAM and a floppy drive. The computer didn’t function well at that time, but he had a lot of fun as a young child plugging in the mouse and keyboard and booting it up. He thinks seeing and being a part of technology grow and progress is really the most interesting thing of it all. What an interesting time we live in!

When Steve isn't at work, he enjoys going to the gym, playing guitar, listening to music, jam sessions or recording with friends, hanging out with friends and family, watching football during the season, scenic random drives, live music, listening to podcasts, AV, playing with his dog Ninja and, also oddly, he like cleaning and organizing things.

Steve feels that the secret to his success is making sure to balance and maintain a healthy lifestyle (eating well, exercise and sleep) self discipline, and proper communication are very important as well. 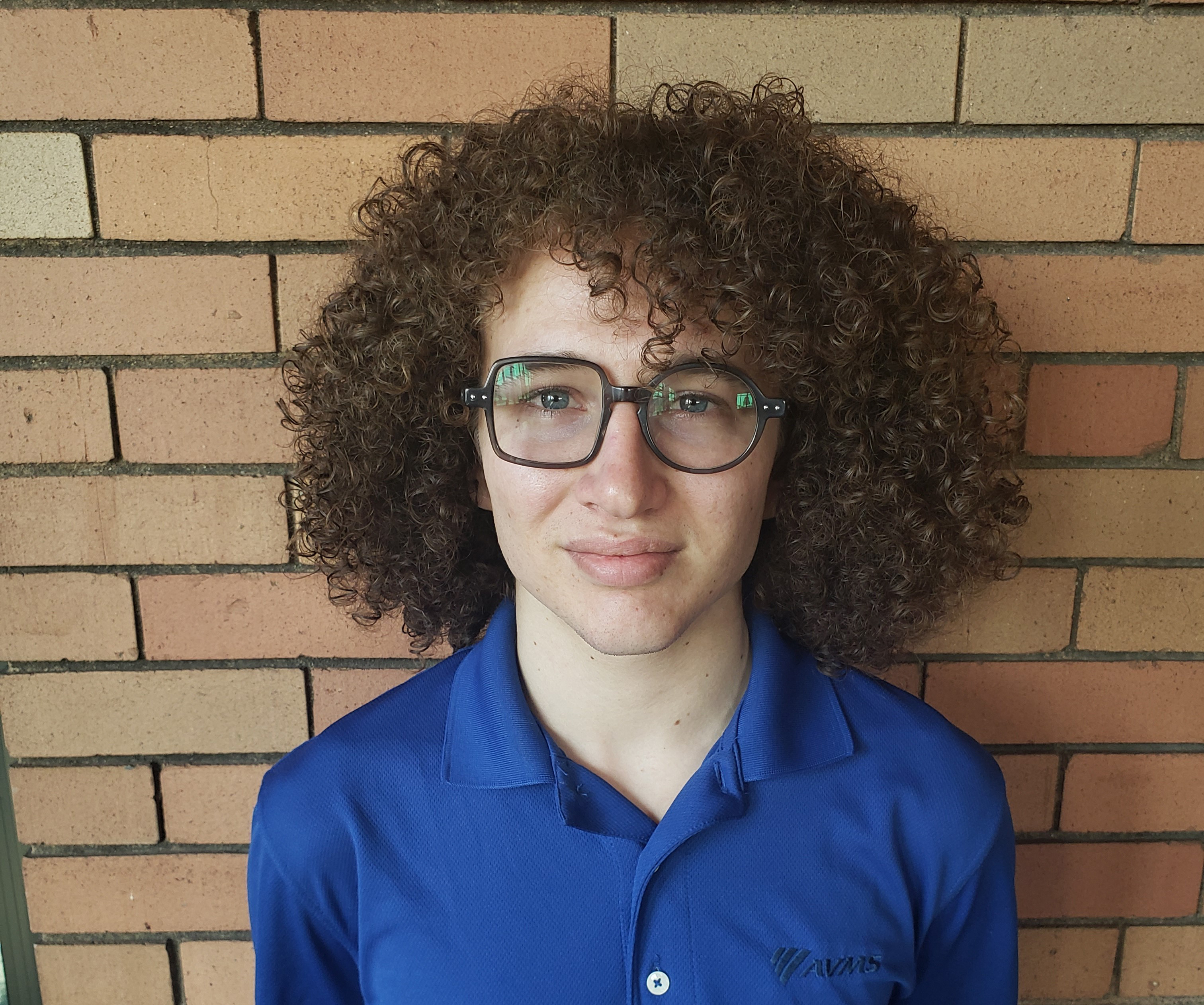 Please allow us to tell you a little about Blake Swain. Blake grew up in Orangevale, CA. He then moved to Olympia, WA for school and received his BA in music and music technology there. He was drawn to AVMS because he studied audio engineering in school and wanted to work in a related field. The coolest technology that he's ever encountered in the 24-channel; 5011 neve board... it's an absolute beauty to mix on. When he's not at work, Blake enjoys working on his motorcycles, skateboarding and playing music. He feels that the key to his success is perseverance and a good attitude. Blake's favorite quote is "I live my life a quarter mile at a time, and in those ten seconds or less, I'm free." Someday he hopes to visit southeast Asia on vacation. The top three songs currently on his playlist include Movies by Weyes Blood, Hounds of Love by Kate Bush and Believe by Cher. The best concert that Blake has ever been to was Todd Terje... it was the largest dance party he's ever seen. If he ever had a time machine, Blake would go back to the early 80s in New York just to experience the art and music of that timeframe firsthand.